It’s always a special treat when we get to work with well known musicians or Hollywood actors at The Sound Palace. Today, actor Rob Riggle spent an hour or so recording radio spots for an internet company. Known for being hilarious on television, Rob was just so polite and unassuming. And he’s also a retired Lieutenant Colonel in the Marine Corp Reserves. Just so much to admire about him. 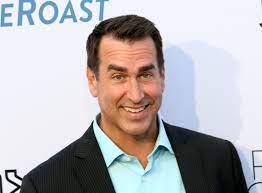