On July 17, 2021 The Sound Palace’s Studio “B” hosted its first public concert since the Covid-19 Pandemic for Chick Singer Night. Backed by hand-selected musicians from the Los Angeles music scene, female vocalists were showcased for an audience of approximately 125 people.

The superb musicians were:

The featured singers were:

Local newspapers were in attendance and reported on the event, posting stories and photographs in the local editions: 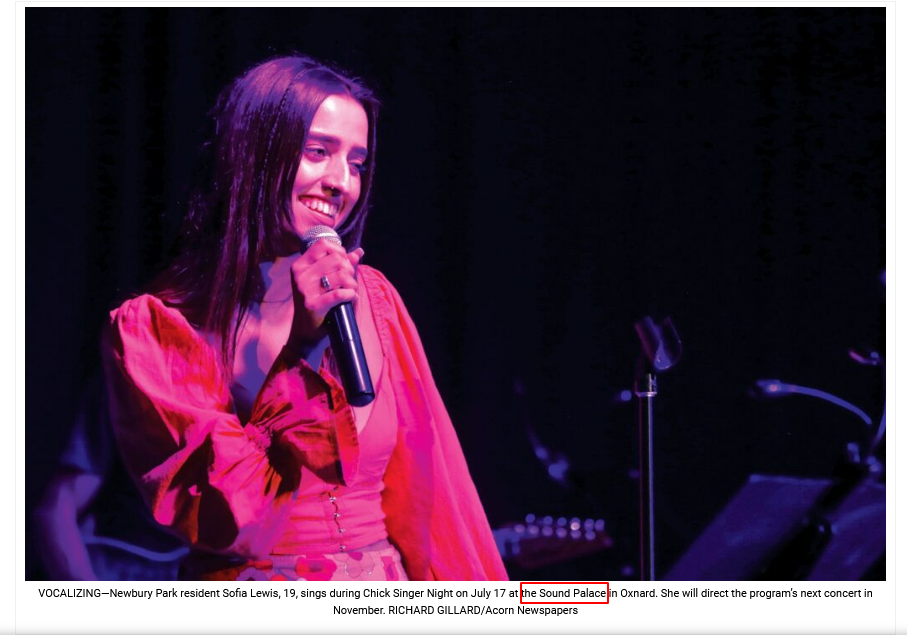