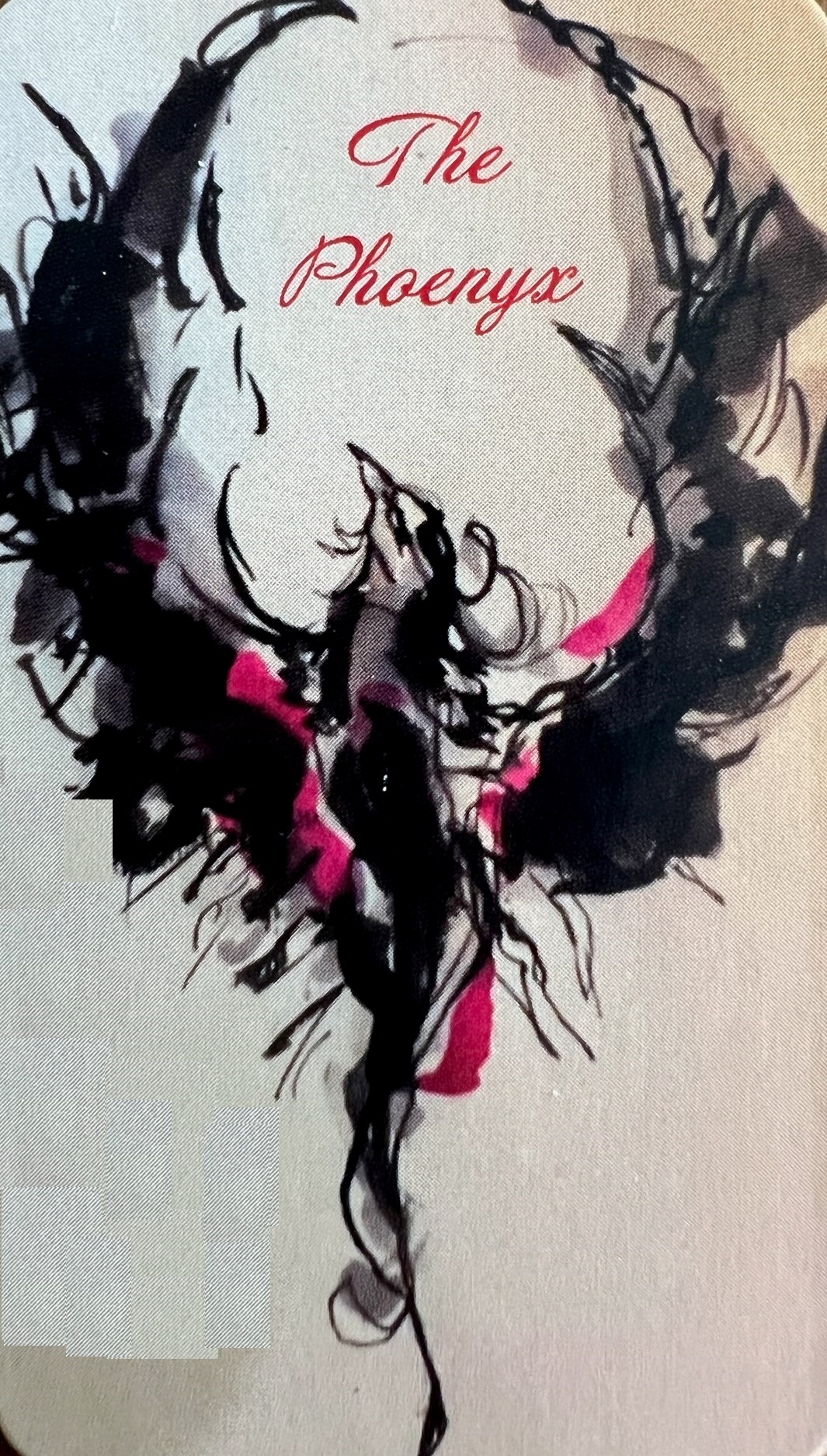 Performing original music composed by Santino Gutierrez, the band features several veteran players including trumpet player Walt Johnson who has played and recorded with Frank Sinatra, Elvis Presley, Barry Manilow, Barbara Streisand and Tower of Power, among many others.  The full lineup was:

The band was recorded live (all in the room) through the studio’s 56 channel Soundcraft console with just minimal drum miking, Sennheiser 421’s on the trumpets, ElectroVoice ND46’s on the saxophones and Shure SM57’s on the trombones.

The recording sessions were engineered by studio managers Pat Murphy and Bill Davis.

A short video of the band recording the last portion of an instrumental score can be seen HERE. 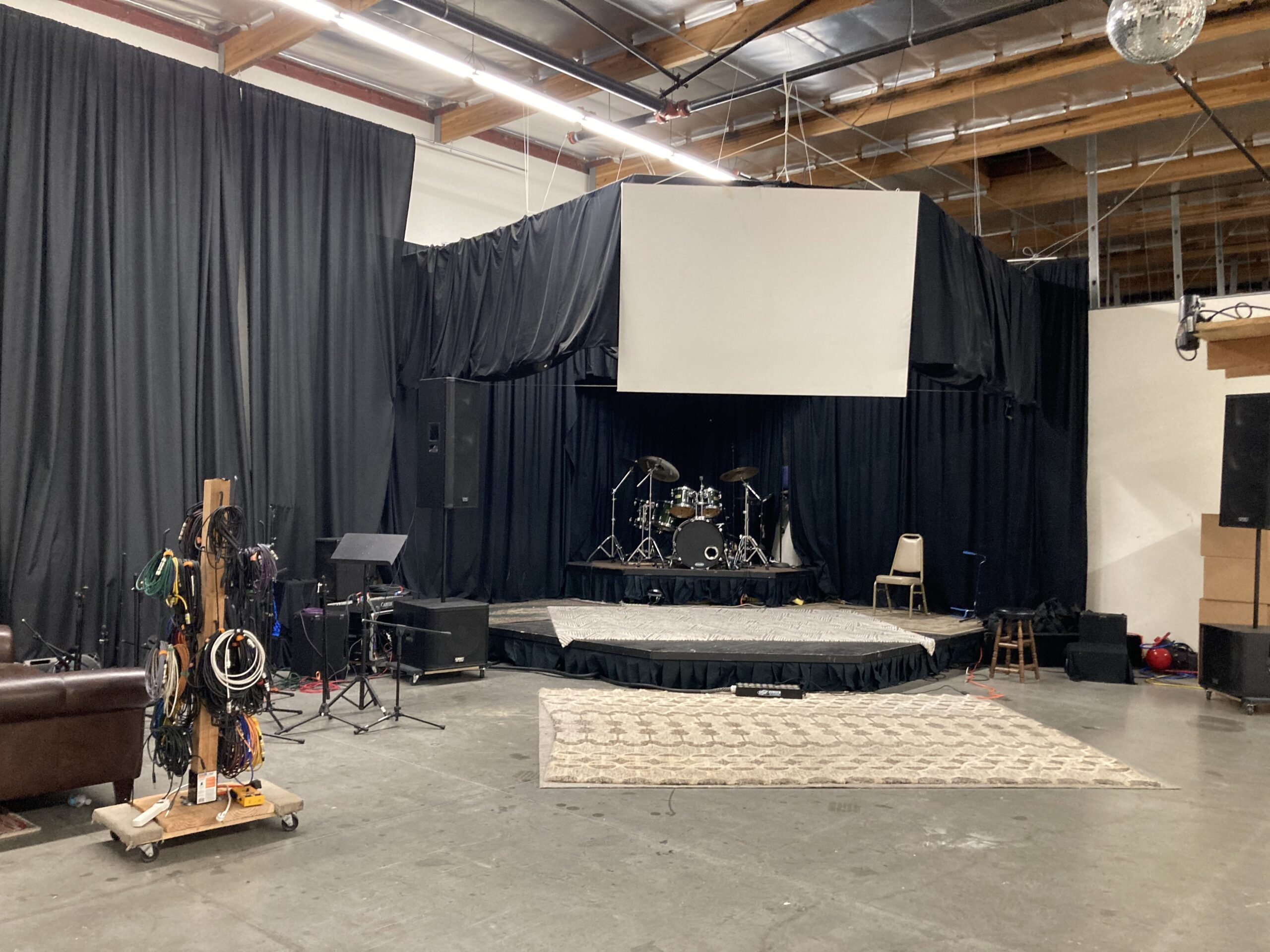 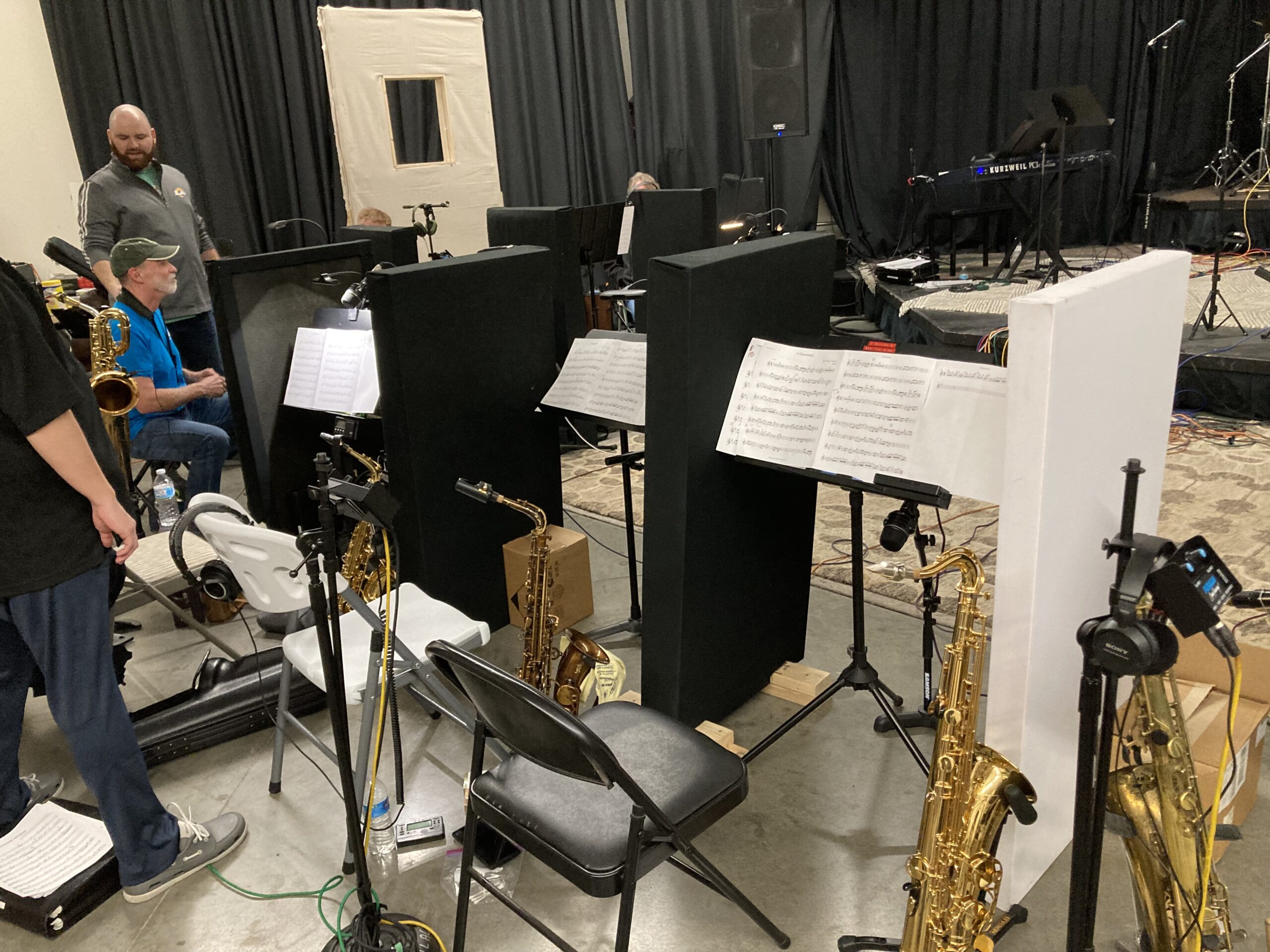 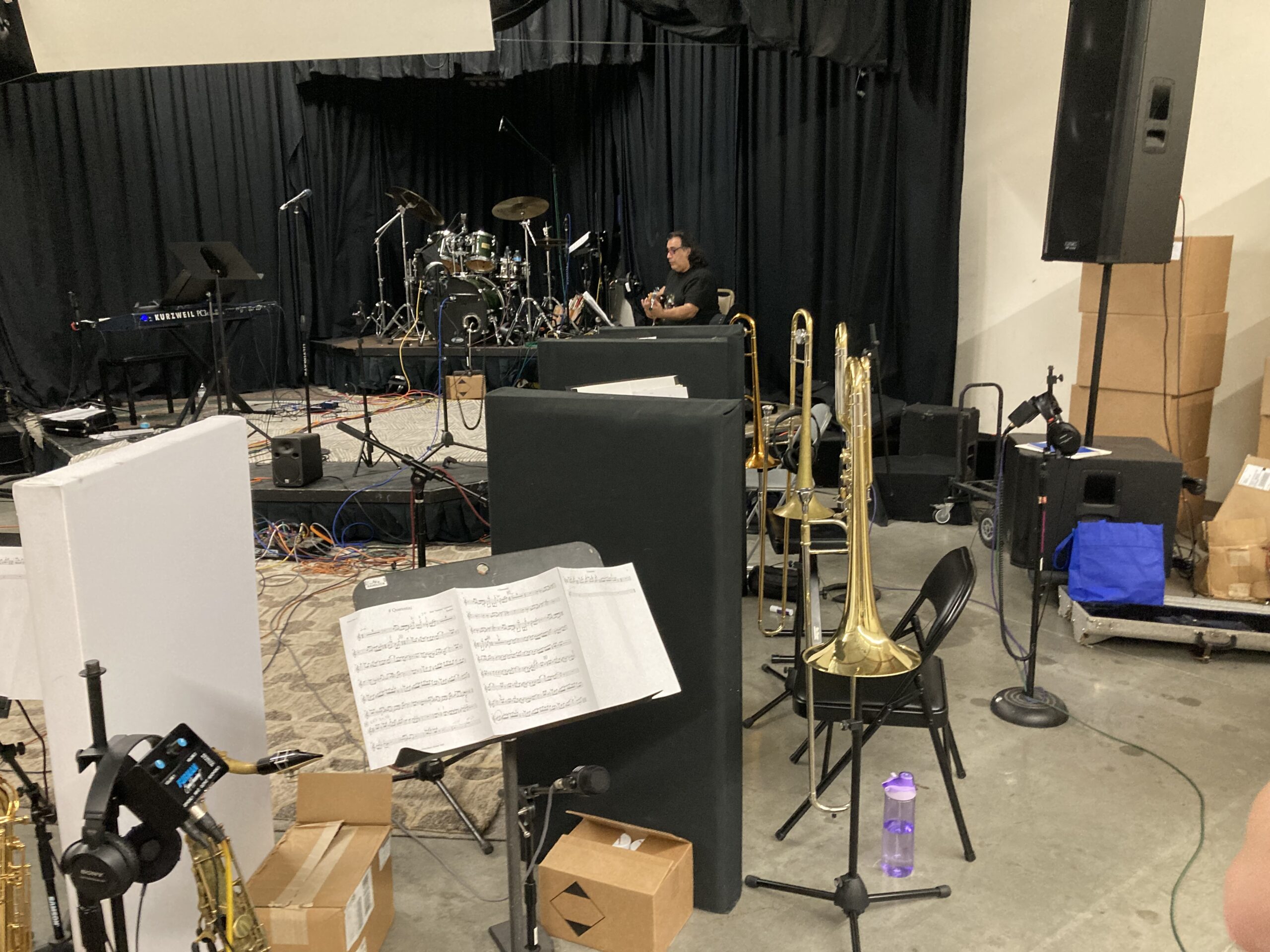